Come and meet the ABC+ team at Build It Live at Event City, Manchester on the 22nd-23rd February. Simply click on the link below and fill out the form to receive free tickets for this event

ABC+ Warranty, providing expert advice at the Home Building & Renovating show in Farnborough. A great turnout & great to meet existing and new clients. Our next construction show is at Eventcity, Manchester, check out the free ticket links in our Eventcity news feed. 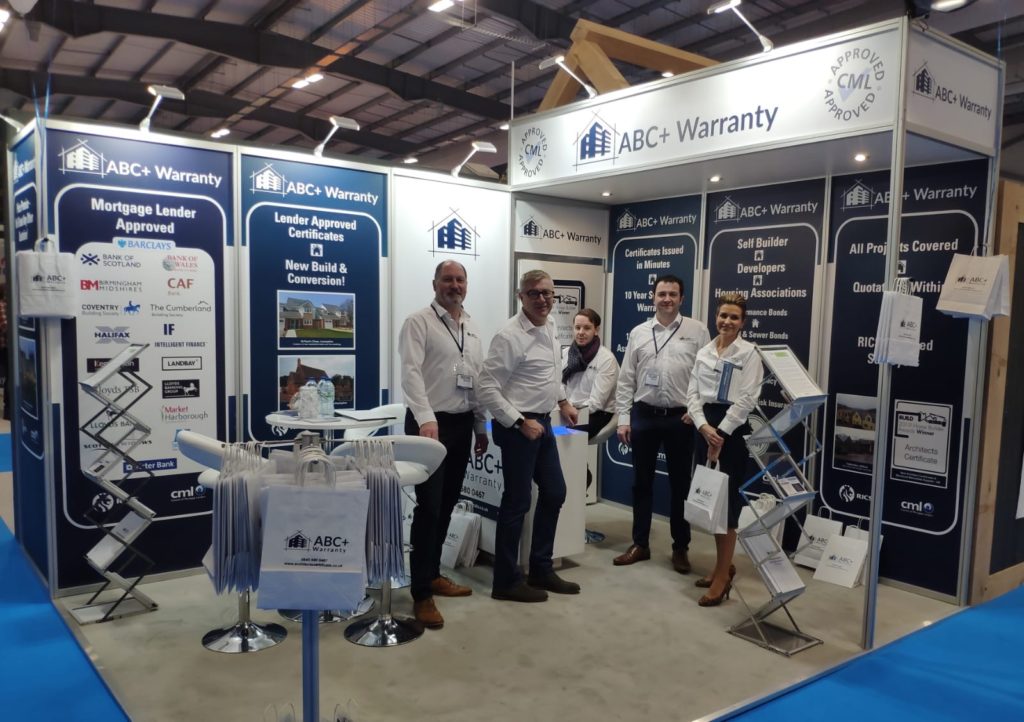 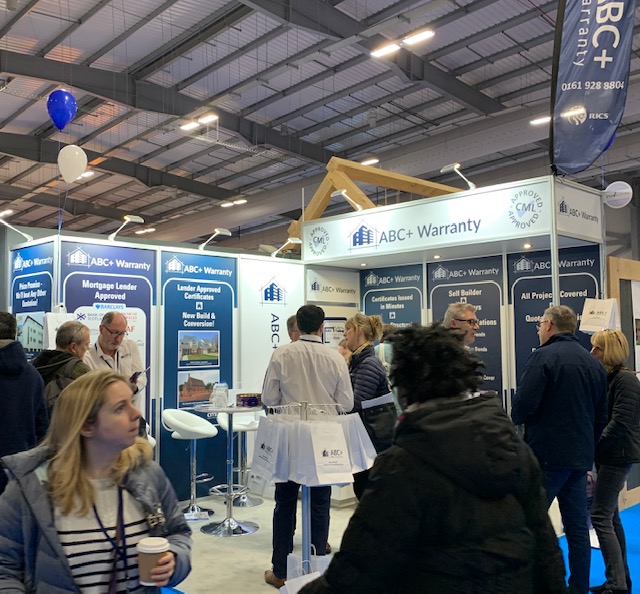 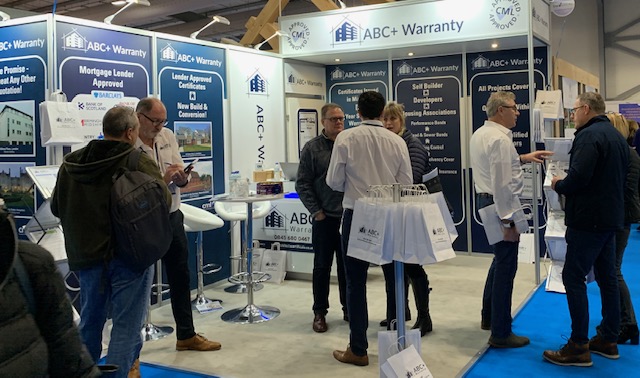 Come and meet the ABC+ team at the Farnborough Homebuilding and Renovation Show on January 18th-19th 2020. Simply click on the link below and fill out the form to receive free tickets for this event.

ABC+ WARRANTY ARE AT STAND L110

Come and meet our award winning team and discuss your Structural Warranty needs for any existing or upcoming projects you might have.

Our award winning ABC+ is the perfect Structural Warranty solution.

We accept all projects large or small from the self builder to the larger developer. Our fast, no fuss service provides guaranteed customer satisfaction. Certificates issued in minutes. Quotes available within hours. ABC+ is the fastest growing, cost effective Warranty in the UK. Our dedicated team of RICS Surveyors are here to help and have monitored properties since 1989.

We understand that no two projects are ever the same and we don’t shy away from the unusual. As members of the Council of Mortgage Lenders, our ABC+ Warranty is mortgage lender approved providing peace of mind for potential purchasers. Our Warranty team are always available to speak to and can provide free impartial advice throughout your project.

The ABC+ Warranty, issued by award winning local company Architects Certificate, offers the most cost-effective 10-year Structural Warranty certification in the UK. It is mortgage lender approved and also suitable for those purchasing their homes under the governments’ Help To Buy scheme…..

The downward turn continued across all three broad categories of activity and survey respondents attributed the latest drop in workloads to political uncertainty and subdued client demand in the run-up to the general election that took place on 12th December.

The headline seasonally adjusted IHS Markit/CIPS UK Construction Total Activity Index scored 44.4 in December, down from 45.3 in November, and below the crucial 50.0 no-change value for an eighth consecutive month.

This means that this current period of falling business activity across the construction industry sector is the longest recorded by a survey for almost a decade.

Civil engineering was by far the worst-performing category within the construction in December, with activity falling at the fastest since March 2009. Anecdotal evidence implied that political indecision and delays with contract awards for new projects had led to falling business activity.

Latest data revealed a sharp drop in commercial construction work, which was partly attributed to clients opting to postpone spending decisions ahead of the general election and Brexit outcome.

House-building dropped for the seventh month running in December, although the rate of decline here was only modest.

Construction companies recorded a reduction in new business during December. On the plus side, the pace of decrease was less severe than the 10-year record low seen in August. The latest survey also suggested to the softest decline in staffing numbers in four months. Where a drop in employment levels was reported, survey respondents often claimed the non-replacement of voluntary leavers amid a lack of work to replace completed projects.

Despite the downturn, construction companies indicated that their optimism towards the year-ahead business outlook rebounded to a nine-month high. A number of firms suggested that greater clarity in relation to Brexit had the potential to boost order books in 2020.

Housing Index for the last decade.

Average UK city house prices have increased at an annual average rate of 4.4% per annum. While price falls in the latter part of 2018 suppressed the annual growth rate, these have dropped out of the annual growth calculation and explain the increase in the current annual rate of growth. The outlook for 2020 will be driven by affordability factors. We expect city house prices to increase by +3% over 2020 with above average growth in the most affordable cities and below average growth in cities across London and southern England.

Change of Government doesn’t shift fundamentals
While a new Government, and the prospect of a Brexit withdrawal deal becoming law in early 2020 will reduce uncertainty, neither of these will change market fundamentals in our view. While we expect a return of some pent-up demand in 2020 Q1 across all cities, affordability pressures will remain a constraint to demand and the scale of growth in 2020.

Marked difference in current and long run growth
There is a marked difference between the current and 10-year growth rates across UK cities (Fig.2). Cities in southern England have registered a marked slowdown in price inflation over the last 1-3 years with current growth rates well below the 10-year average – Oxford, Southampton, Portsmouth, London, Cambridge, Bristol.

London over the last decade – a tale of two halves
The performance of the London market over the last decade falls into two distinct phases, pre- and post 2016. Prices in London have increased by 74% since 2009, an annual average of 5.4%. Most of the price gains in London came in the years running up to 2016 when unsustainable growth stretched affordability levels which were compounded by multiple tax changes and weaker sentiment. The rate of price inflation has picked up recently as available supply falls and sales increase off a low base. Despite this, growth is still running at a third of the 10- year average. While there has been a 3-year repricing process, against the backdrop of lower sales, we expect affordability constraints to limit price growth in London over 2020.

Affordability fundamentals a key driver looking ahead
We have analysed the drivers of UK house price growth since 2009. The annual increase in prices is largely explained by the fundamentals of lower mortgage rates and rising incomes. There is little evidence that prices have been pushed higher by households increasing the amount of income spent on housing, as was the case in the years running up to 2007. This reflects greater caution on the part of buyers and new mortgage regulations testing affordability for new purchases.

Get to know us

Any cookies that may not be particularly necessary for the website to function and is used specifically to collect user personal data via analytics, ads, other embedded contents are termed as non-necessary cookies. It is mandatory to procure user consent prior to running these cookies on your website.